During my internship at Void Magazine, I worked closely with Editor-in-Chief Matt Shaw to write articles that highlighted local musicians, surfers, and restaurants in the First Coast and Jacksonville Beaches areas. I independently sourced, pitched, interviewed subjects, wrote articles and composed videos for online publication. I also wrote an article that was published in the March issue of Void Magazine.

In addition to writing articles, some of my duties during my internship included capturing photos and videos of events related to my personal articles as well as company features. I assisted in filming a soon to be released Void Office Music Series featuring several local and regional musicians. I also created a multimedia blog series chronicling a DIY surfboard build.

Void Magazine published my article, “Fishing for a Complement,” on page 32 of March’s Bold Bites issue. 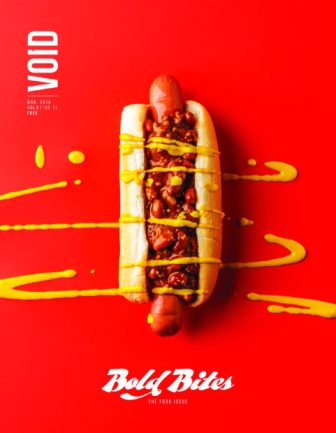 These links are to articles I’ve written for Void Magazine’s online publication.

I wrote this article ahead of the local band Honey Hounds’ single that was released on April 19. I interviewed the band and filmed a live performance which I later edited into a video sneak preview of the single.

Kickin’ Up Dust (Part 2): Seriously, So Much Dust

The “Kickin’ Up Dust,” series chronicles my journey as I build my first surfboard from scratch, with no training or experiences. I interviewed various surfboard shapers and industry experts and used their advice to create my unique board. Each blog contains photographs and/or videos that illustrate the process and show the tools and personalities involved.

This article was a preview to Rusted Root’s lead singer, Michael Glabicki’s concert at Mojo’s BBQ Kitchen. I interviewed the singer/guitarist ahead of the performance for the article.

The Florida Surf Film Festival showcased surf films from local and international surfers and creators. I wrote this article as a preview to the event and briefly went over some of the films that were playing.

This Local Music Spotlight brought attention to the local band Sea Cycles’ single, “Quota.” I interviewed songwriter Brian Squillace and reviewed the ambient trip-rock song, which was exclusively released ahead of the national debut.

This article is a highlight of internationally renowned duo El Ten Eleven’s newest album, Banker’s Hill. The piece also promoted the band’s show at Jackrabbits in January. I interviewed both members of the band for the article.

Watch: Saxon Wilson gets Steezy at the Bu

I highlighted Flagler Beach pro surfer Saxon Wilson’s video feature in this short blurb. The surfer was showcasing his prowess at the world-famous Malibu beach and he has gone on to compete on an international level.